A new spin on the classic Pokemon 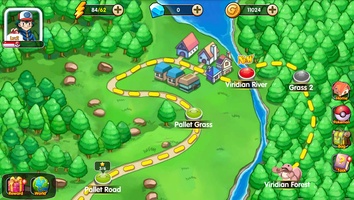 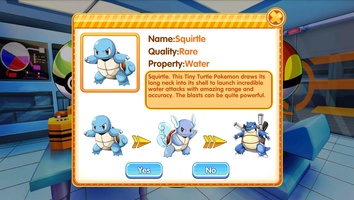 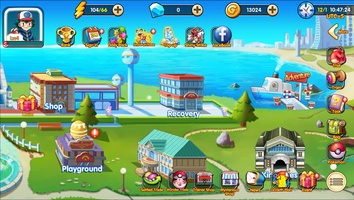 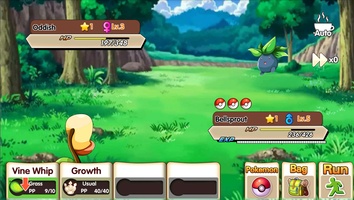 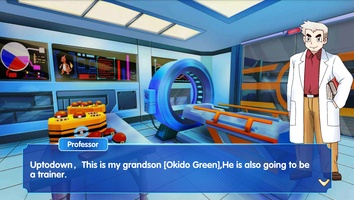 Advertisement
Pocket Monster Remake is an RPG clearly inspired by the legendary Pokémon. This entertaining game combines the combat system of Gameboy classics and the charisma of the original Pokémon characters. However, Pocket Monster Remake advances much faster, making it perfect for smartphones.

In Pocket Monster Remake you’ll find quite a few familiar faces: Charmander, Squirtle, Gyarados and Eeve or even Hitmonchan. You can capture all 150 original Pokémon characters! Capturing them will also seem familiar to you – just fight them in combat, weaken them a little, and throw a pokeball at them!

Navigating the screen is also a lot easier and faster in Pocket Monster Remake. Just move your character from one point on the map to another. While you're there, you can also take a look at which Pokemon characters you can capture.

Pocket Monster Remake is a new and entertaining game that should delight anyone who already loves the Pokémon saga.
Reviewed by Andrés López Translated by Beatriz Escalante
Advertisement

Initialize fail, need stable network" this is showing up everytime I open the game. It isn't changing even when I wait for 10 minutes while the game is open. My network is stable. I play a lot of onli...

How to play this game. It was not working

this game is not loading initialize fail lead stable network

Genshin Impact
An open-world RPG with spectacular graphics
League of Legends: Wild Rift
The MOBA king deploys its arsenal on Android
Brawl Stars
3-on-3 battles from the creators of Clash Royale and Clash of Clans
One Piece: Fighting Path
A unique adventure in the One Piece world
Angry Birds Epic
Join the Angry Birds on their most epic adventure
LifeAfter (Global)
Cling to life in a hostile world
Blockman GO-Adventures
Travel and have fun in all the worlds offered by this application

Growtopia
An MMORPG that lets you do whatever you want
Animal Connect 2016
Bazooka Boy
Shoot powerful missiles to take down your enemies
Learn English Vocabulary TFLAT
Improve your vocabulary in English
Goosebumps
Are you ready for an absolutely terrifying game?
CanliSkor.com
Coffee Stack
Prepare coffees to go, and don't let them be taken away from you
Towing Race
Tow a range of vehicles